At the time, they were known as SCO Health Services.

In spite of being a vital part of the Ottawa healthcare community for well over a century, and being the area's second-largest healthcare organization, they were suffering from low awareness of who they were, what they did and why they mattered.

This awareness issue was having a direct impact on their ability to raise funds and attract staff.

Bruyère Is There. Bruyère is Continuing Care.

Over the course of several months, McGill Buckley worked with senior management, employees, volunteers, board members and community stakeholders to redefine, reposition and re-launch their brand.

Our branding campaign for Bruyère Continuing Care was chosen from thousands of entries to be the recipient of an International Summit Award. 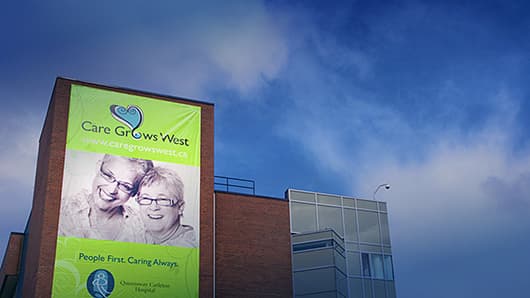