Stephen McGill was captivated by the power of words, language and creative thinking at a very young age. While in grade school in New York state, he found himself lost in Jack London's Call of the Wild. There was no turning back and very few books that he has turned down since.

Growing up in a military family, he was born in France and found himself in a new town and new school every couple of years until his father retired from the Royal Canadian Air Force when Stephen was entering high school. Since that time, Ottawa has been his home town.

Initially set on a career as a lawyer, perhaps influenced by all the Perry Mason books he had read, he switched gears after reading another book gifted to him by his father - Confessions of an Advertising Man by David Ogilvy. He then applied and was accepted to the Creative Advertising program at Algonquin College.

Stephen's first full-time job after Algonquin was in a retail advertising agency in Ottawa's Byward Market. He was hired as a junior account person but snuck into the creative department whenever his boss wasn't looking. Eventually, he was allowed to write ads and other materials and present his creative ideas to clients.

After working for a couple of other ad agencies in Ottawa and working his way up to being a Creative Director, he was offered a partnership in the soon renamed Wallace Kearney McGill. This downtown agency sparkled brightly for a few years, winning a bunch of creative awards and landing some high profile accounts, including the Ottawa Sun, Ottawa Senators, National Research Council, Place D'Oleans Shopping Centre and the Canadian Space Agency.

Along the way, he met and worked with many great people, including Nadine and Kim Buckley, who worked at Expographiq, an exhibit design and manufacturing company owned by their father, Mike Buckley. When Nadine and Kim struck on their own, their two companies started working together.

One thing led to another, and after working on many projects together, the Buckley sisters (Nadine and Kim) and the McGill brothers (Stephen and Brian) started McGill Buckley 1996.

“I’ve never believed in having to outspend the competition. I hold it’s better to out-think your competitors.”

Since that time, Stephen has worked closely with Nadine Buckley as one of the creative leaders of McGill Buckley. He leads strategy, creative direction, and writing while Nadine takes the lead on the design, art direction of all the company's projects’ look and feel.

During his career, Stephen has won over 200 awards for creative excellence and was named one of Canada’s top Creative Directors by Strategy magazine. A more significant source of pride for him is the volunteer work on boards and committees. That work has included being Chair of the Dave Smith Youth Treatment Centre, Vice-Chair of the Ottawa Community Loan Fund, a board member for Bruyère Foundation and the Ottawa Snowsuit Fund and advisor to Kind Canada.

Working with clients of all sizes, Stephen believes that listening before speaking, digging deeper and thinking harder are the keys to success in marketing, branding, fundraising and communications. He uses this philosophy to write marketing plans, develop brand strategies, or develop concepts for awareness campaigns and many other projects. 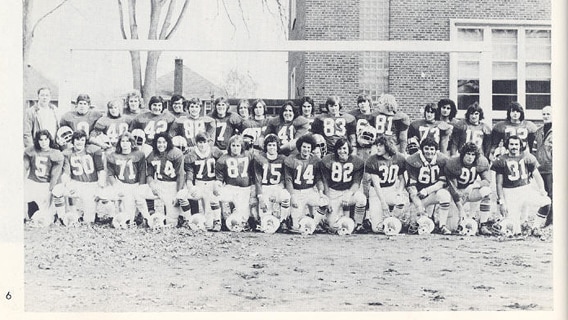 Stephen taking a knee with the 1976 Fisher Park High School football team photo. Can you guess his number? 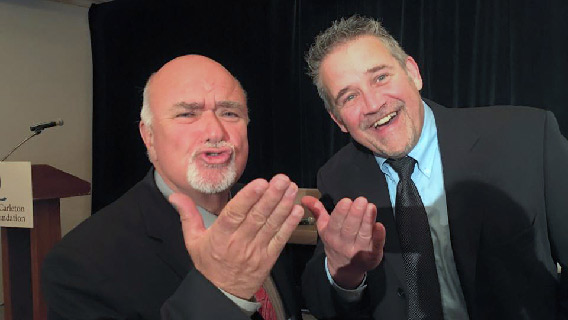 Stephen hamming it up with radio host Steve Madely at a breakfast event for the Queensway-Carleton Hospital.

When away from work, Stephen dives into books and movies; indulges his love of watching sports, particularly the National Football League and spending summers at the family cottage in Québec and winters (whenever possible) in snow-free climates.

An early passion for visual creativity, a love of embracing challenges and a mind for business has led Nadine to be an award-winning, designer, entrepreneur and partner at McGill Buckley 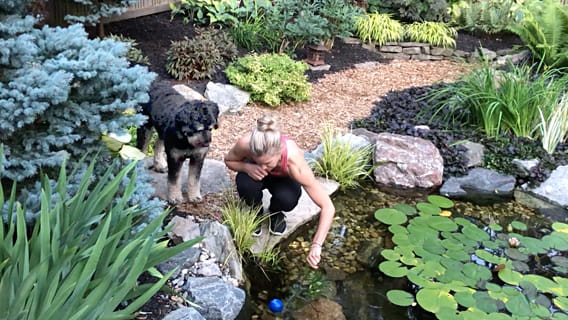