Following the success of our branding campaign for Bruyère Continuing Care, McGill Buckley was hired by the Queensway Carleton Hospital Foundation to examine the proposed branding of a new $35 million fundraising campaign. It was to be their largest ever and would help to significantly expand the facilities and services at the Queensway Carleton Hospital.

Included in the expansion were new surgical suites, an expanded emergency department and a new cancer centre which became known as the Irving Greenberg Family Cancer Centre.

After a series of focus groups and interviews with board members, senior management, staff, patients and donors we recommended a significant rework of their existing campaign brand (Building on Our Strengths) to Care Grows West which would include new messaging platforms for the campaign and hospital as well as a new look and feel.

After working directly with the Executive Director of the foundation and the Director of Communications for the hospital the new Care Grows West campaign was launched at a major public event.

McGill Buckley was ultimately responsible for creating all materials for the campaign including all collateral, print advertising, outdoor and broadcast advertising, website, social media, e-mail marketing and on-site signage.

Transforming Care For Seniors and Veterans 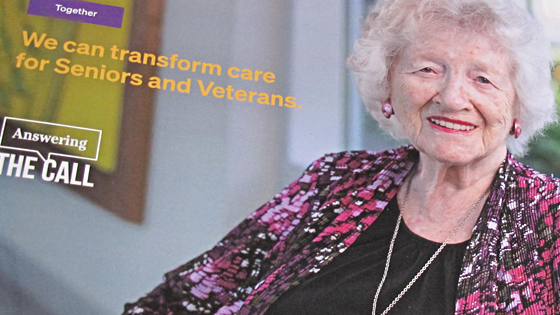