Promoting a Magical Escape to a Different Time.

One of the most “out there” marketing campaigns McGill Buckley has ever been involved with was for the bizarre cast of characters and performers of Carnivàle Lune Bleue. Inspired by the travelling carnivals of the 1930s, Carnivàle Lune Bleue was a live entertainment event unlike any we have seen before or since.

After a referral from another McGill Buckley client, we were hired by the Founder and Executive Producer of Carnivàle Lune Bleue to develop all the marketing materials for their six-week-long appearance in Ottawa at Hog’s Back Park.

Over a period of several months, we created virtually every piece of advertising and marketing material including a multi-media advertising campaign, website content, event signage, commemorative program, media releases and collateral materials.

Our Carnivàle Lune Bleue work was chosen from thousands of entries from around the world by the International Summit Awards as one of the best advertising campaigns of the year.

“During my career in corporate America, I experienced many monster-sized marketing firms. Many of their campaigns were great. Yet, none of them compared to McGill Buckley. They truly live up to their mantra – ideas do matter” 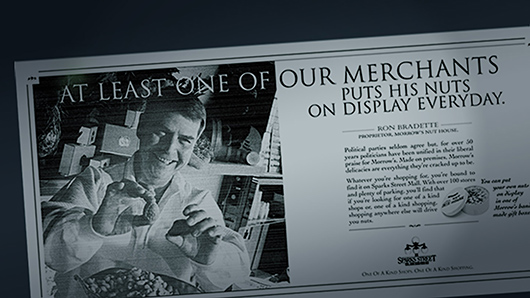