Over the years we’ve worked with hotels across Canada and in the United States. Working with major hotel brands like Marriott and Westin can be incredibly rewarding. But taking on the challenge and clean canvas of branding an independent hotel is something we’ve always loved to embrace.

Starting with the Story of the Man Behind the Name, Sir Guy Carleton

We started the process of branding the Carleton Suite Hotel by sitting down for a discovery session with the management team and representatives from the ownership group. It turns out that the late founder of the ownership company had a long-held wish to have one of his hotels named after Sir Guy Carleton, a famous figure in the history of Canada. While the hotel had been operating for a number of years under the flag of an international hotel chain, the re-branding was to be the first step in a re-imagining of the hotel and building.

Before tackling the brand identity, we developed a simple brand messaging platform that included positioning,  personality, a number of key messages and a tagline.  These written elements were used in marketing and sales materials, social media and the new website. Once we had a sense of the positioning, personality and tone of the new brand we moved on to developing a handful of logo concepts that we were tested with staff. Of the three logo design concepts, one received support across different age groups and backgrounds.

Rolling it All Up and Launching the Carleton Suite Hotel

Once the foundational elements of the new hotel brand were in place, the next few months were spent working closely with the hotel teams. Dozens of pieces of in-room, operational, signage, guest services and marketing materials were produced using the brand guidelines we developed.

Our brand guidelines and colour palettes were also supplied to the web development company brought in to build The Carleton Suite Hotel website. 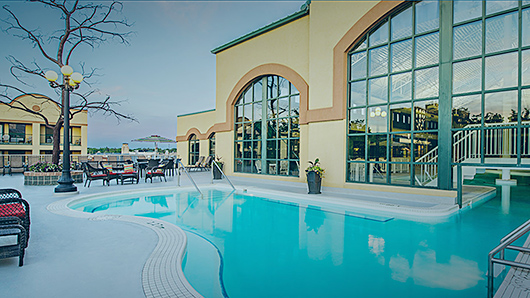